We’re Dealing With a Lot of Shit

I’ve been here. It was prettier than I can explain.

It’s been a rough few weeks here at SGIC Amalgamated Industries.  Nothing really golf-related, but a bunch of other stuff that’s going on and making things less than ideal.  Things that I’m not really ready to discuss right now.  Maybe later once there’s some kind of a resolution.

I'll be off the grid for a couple weeks. Mostly in transit. Taking care of some things that I need to do.

As usual, my US Open picks were a mixed bag:

US Open picks: The form shows a TON of first-time winners over the last 20 years.
Xander, Rahm, Conners, Hovland (all top 20 in total driving).
Darkhorse? Casey.
Reminder from Gary McCord: There's a bar in La Jolla that you can see from 3rd green. Everything breaks towards it.

Of my five picked guys, I had Rahm winning along with Xander and Casey finishing tied for 7th.  Not bad.  Conners missed the cut which was a shock given his form and his underlying stats, and Viktor Hovland WD from getting sand in his eye wasn’t expected.   With no single dominant player, lately it’s been a lot of first-time winners (I’m still not sure what to make of Mickelson’s win in Kiawah Island at the USPGA).

My white-hot take on the Olympics: the format is boring and needs changing.  A 2-person team competition would be interesting, even a hybrid match play event where they play 36 holes of stroke play to qualify, and the top 16 qualify for the match play portion.  I’d encourage the IGF (the sport’s global governing body) to work with the major pro tours (PGA Tour, LPGA Tour, European Tour, etc.) and find out what they would like to see in terms of format.  By that, get input from players as well as buy-in.  As I’ve said before, the sport has a shop window that no tournament ever gives them.  Despite the rampant corruption of the IOC, it is in everyone’s interest to find a way to make it work.

My other thought?   Present this to the players as a “once in a lifetime” deal, which is what the Olympics really should be.  Meaning, they go and play once and they can opt out of future events.  I don’t think asking a player to give up two weeks of their season ONCE in their careers is a big deal (maybe have the Tour award FedEx/CME Globe points to those that play in the Olympics; I’d even be happy if they got a 3 to 5 year exemption for medaling and an exemption similar to winning a major for winning gold).  If a player (this is mainly for US players) refuses to go over after qualifying (and having never played in an Olympics previously), then they should be ineligible for Ryder Cup/Presidents Cup events.  Once a player plays once, they can opt out with no penalty/disciplinary problem. 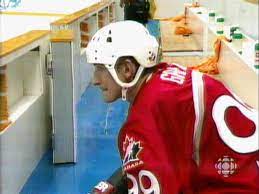 DJ’s father in law showing what the Olympics meant to him.

Courses?  For 2024 in Paris, Le Golf National (venue of the 2018 Ryder Cup) makes complete sense.  It has the infrastructure to host the players and galleries.

Vastly underrated, Everything But The Girl have been making records since the early 80’s.  This song is a mix of house, coffee house jazz, EDM, and some other stuff.