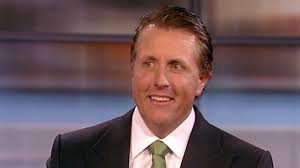 With the Tokyo Olympics now mid-way through the first week, I thought now would be a good time to figure out how to fix the golf format.  I have the added bonus of getting to wear an air cast for the next few weeks so it’s not like I’m playing anytime soon.  As horrible as the IOC is (I’ve long put them in a sports ‘Axis of Evil’ alongside the NCAA and FIFA, two other entities that serve up their unique brands of corruption, grift and a real hatred of the athletes under their umbrellas), the Olympics continue to provide a shop window that few other sporting events can provide.  It’s the only reason to put up with the IOC.

While a 72-hole stroke play event does provide the players (and core fans) with a familiar feel, the truth is that it does seem like ‘just another event’ minus prize money.  So let’s make some changes, shall we?  I’ve had two bourbons, which is my sweet spot for Good Idea Thinking.  Under my format, the players will play five rounds (at the most) instead of four, but with an additional competition.  I’ll explain.

This will mean that there will be a total of eight days of competition, which is the same exact amount you currently have so the course would not be used any more/less than it would.  I would leave the number of players at 120 (60 men, 60 women).  So far, nothing changes.  The host club (Riviera in 2028 is a fantastic choice), if private, isn’t being unduly put upon any more than they already were.

In the interest of being fair, I flipped a coin and the women will start their event first (it’s largely interchangeable) rather than the men.  The first three days are the women’s team event (30 two-player teams) which will be 54 holes with a cut after two rounds.  Then men’s team event is the same format (30 two-player teams, 54 holes).  Countries would send players in even numbers based on world rankings.  So the men’s and women’s events get cut from 72 to 54 holes to add a 36-hole mixed team event.

After the second round, the field is cut to the top 12-18 teams (and ties).  I’m flexible on how deep the cut should be.  Maybe anyone within 8-10 shots of the lead gets through.

Day 3: Women’s Team event final round.  Two-player best-ball format, scores reset so everyone starts the final round at level par.

Medals are awarded in the Women’s Team event.

The next event will be a mixed-team event (one male, one female).  With 120 players you’d need a two-tee start (apologies in advance to Justine Reed as her husband and his playing partner will undoubtedly get a “late, then early” start time) but with summer you can easily get players around in plenty of time (Brisbane in 2032 could be tight since it won’t be during their summer but it’s still doable; they get around 11 hours of sunlight in August).  The women would tee off from a forward tee 12-14% shorter than what the men will play, in line with USGA research.

Medals are awarded in the Mixed team event.

After the second round, the field is cut to the top 12-18 teams (and ties).  As noted earlier, I’m flexible on how deep the cut should be.  Maybe anyone within 8-10 shots of the lead gets through.

Day 8: Men’s Team event final round.  Two-player best-ball format, scores reset so everyone starts the final round at level par.

Medals are awarded in the Men’s Team event.

Nations would require at least four athletes to be eligible (two men, two women) in the top 300 in the world.  This is similar to minimal qualification standards that the IOC already has in place for other events (call it the “Eddie the Eagle” rule).  In lieu of professional status, advancing to the quarter-final stage or better in one of several elite amateur events would also suffice (US Amateur, British Amateur, Asia-Pacific Amateur, etc.).

Restarting the final rounds at 0 for the men’s and women’s events means nobody can play it safe and that any team making that cut has a chance.

This means that there are more medals to compete with, and cutting the men’s and women’s event to 54 holes cuts down on wear and tear and would allow players to arrive late/leave early if they wanted to do that.

Some other rules that I’m adding:

-Men may wear shorts during tournament rounds (the shorts must be the same color as the pants as part of the team’s uniforms, which means if Great Britain is wearing blue pants, players can wear blue shorts) if they choose.

-Max score of double par on any hole during the qualifying rounds (Days 1-2 and 6-7).

-Rangefinders/GPS devices are legal so long as they do not have the slope option engaged.

-American men (looking at you, DJ and others) who qualify and refuse to go over are ineligible for Ryder Cup/Presidents Cup “unless” they have already played in an Olympic event.  My long-held belief is that the Olympics should be a “once in a lifetime” thing for athletes.  Play once, and the option of opting out of future Olympics if the player chooses.  The European Tour can do similar if they choose.

-No caddies (players can use push/pull carts or carry their bags as they prefer) during tournament rounds, however each nation would have a designated non-playing captain (and ONE assistant captain) that the team can consult with prior to and after rounds, along with one three-minute ‘time out’ after the 9th hole.  Three minutes between nines isn’t going to hold things up.

-The IOC will work with the R&A and the USGA for a tournament ball which must be used by all competitors in all rounds.  This would eliminate any confusion about teams having to figure out what ball to use.  The non-playing captain would (for countries with multiple entries) decide who will partner up with whom.  The ball should be made available to players at least 90 days before the start of the Olympics to any players who are possibly eligible so they can get used to it.

-Ties for medal places will be decided in a sudden-death playoff.

-Winning an Olympic event (if professional) provides a 4-year exemption on said player’s tour.  If you want to elevate the event you have to treat it like one.  It also includes entry into the next three years of all major championships.

So eight days of competition, and six days of practice/off days for a total of 14 days.  This would mean that the players would have the opportunity to march in the opening and closing ceremonies if they chose to since for many, this is a huge component of attending.  Or, they can opt to come in later/leave earlier.  Flexibility.

A team event would level the playing field to a degree and offer something different and unique (and we’ve all been wanting to see a mixed-team event).  The idea came to me from watching the mixed curling at the 2018 Winter Olympics (the men and the women had their own separate events in addition to the team competition).  The schedule builds rest and practice in which (assuming we’re not dealing with a pandemic in Paris) allows the players to have that Olympic experience in every possible way.  Similar, but unique and for most, a true once-in-a-lifetime event which is what the Olympics should be.