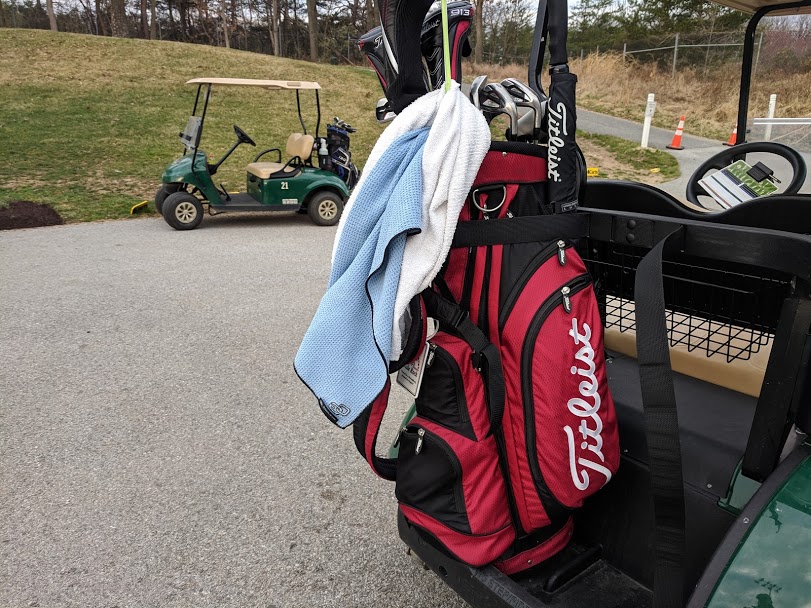 Ready to go. Let’s do this.

I’ve managed a practice session and 3 rounds in the last four weeks, which is huge improvement from 2018 which was bad on a host of levels.

Played at Timbers at Troy on 3/30.  Timbers was, at one point, the best in the county but Waverly has passed them.  Still the case.  When I played it didn’t appear that fairways/tee boxes or greens had been aerated, and I haven’t seen any news from them about aeration.  The course was in better shape than the last time I was there.  Pace of play was a real issue.  My opinion may not be universal but a 4 1/2 hour round on an early Saturday morning when we waited on literally every shot isn’t acceptable.  At one point you had 4 groups on the 13th hole (the short downhill par 4).

Played at Rattlewood on 4/6.  Rattlewood is never going to be on anyone’s “best of” tracks, and it doesn’t need to be.  It’s a solid, playable public track.  Greens had been punched a week ago and were rolling pretty good.  The fairways were, for the most part, in good shape.  The roughs haven’t grown in, which is either a blessing or a curse depending on your perspective.  I’ve said this before, but from the tips it’s 6,500 yards and a very approachable 6,100 from the white tees.

So three rounds in, and all things considered, not a bad start.  The next few weeks are going to be a no-go period for me for a few reasons, but I’ll hopefully find a way to sneak one out.

A bit late on this, but Redgate Golf Course in Rockville is closed.  It’s unfortunate because it served a need and was a solid layout that, at one time, had outstanding greens save for 1 or 2 holes.  The article says they’d need around $2.5 million to do needed repair and refurbishment.  I played a ton of rounds there and always had a soft spot for it.

Cross Creek Golf Club is closed and not coming back.  I can remember when it opened back in 2003 and was, at the time, a big deal when you had a lot of upscale daily fee courses opening.  It was part of a housing development, and hosted an LPGA Symetra Tour event in 2003 and 2004.  Unfortunately, the place has been in a death spiral for some time and it’s gone.  The link is to the Cross Creek HOA.  I feel bad for the homeowners who are seeing their course not be maintained which doesn’t help anyone.

Both courses being gone knocks 36 holes of public golf out of the area, which isn’t good for anyone.  It also means that Montgomery County Golf now controls every public course in the county (in a perfect world they’d have taken it over and turned it around).  It’s not that Montgomery County Golf is bad (they’re not), but reducing inventory doesn’t help anyone.  I’d still argue that Cross Creek and Redgate (being properly maintained) help the area.  The more options that exist for young, aspiring and mid-high handicap players, the better.