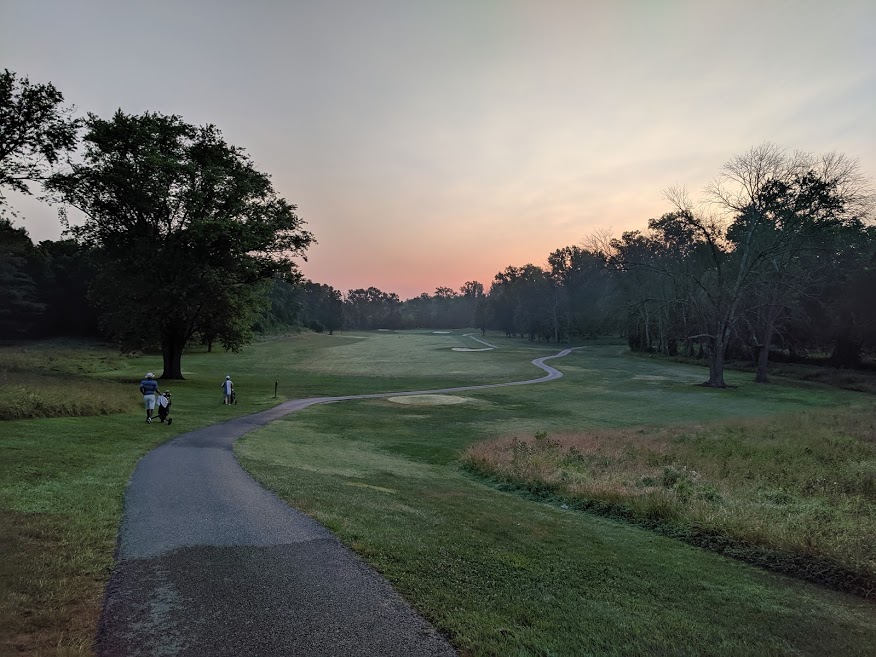 Northwest Park 1st Hole. Which used to be the 10th hole. It’s not. Until they re-re-re-change things up.

Outing (Ow-teeng): A group of individuals having an activity.  Occasionally golf.

Shotgun (shawt-gun): A weapon often with a long neck. Often used for hunting.  A method of starting a golf tournament.

Scramble (skram-bull): A method of egg cooking.  Also a style of play in a golf tournament.

Played at Northwest Park yesterday for the first time since spring 2017.  Rather than a long soliloquy, let’s skip to the main points:

The not so good:

It’s still a fantastic layout and the inside nine is a great option for novice players.  But rethink the outings to later in the day and not on a Saturday morning.  Go play it.  Seriously.