Some 2021 Golf Predictions You Probably Didn’t Ask For 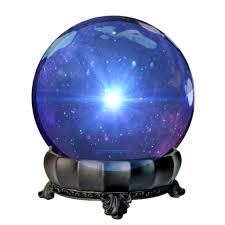 Why, hello there.  It’s New Year’s Day 2021, and we’re all still here.  Nobody’s hung over because we were all responsible and stayed home in small groups rather than going out to large parties (unless you’re rich or an elected official, in which case fill your boots on the taxpayer dime).  After an off-season of a few weeks, the 2021 PGA Tour golf season starts next week in Hawaii.  The LPGA gets things going a few weeks later in Florida (I know I say this all the time, but seriously- if you only have time to watch one tour, watch the LPGA).

I’m sure that there are those who have made predictions on every event already, and while I admire their commitment, I’m not that writer.  I just don’t have the time to keep up, and neither do you in all likelihood.  However, I’ve put together some prognostications about the game that I’ve broken down into the following categories: Professional Tours, Media/Publications/Equipment, and Local News.

One of the California West Coast events is getting moved/postponed/canceled.  The COVID situation in Southern California is beyond dire (they’re out of hospital beds and are turning away patients from hospitals).  They had to move the Rose Bowl game to Texas.  If you look at the events in La Quinta (Amex), La Jolla (Farmers Insurance) and LA (Genesis), it’s hard to see these events taking place unless there is a massive sea change in cases.  For the record, I’m hoping that this doesn’t happen and that the caseloads in California plummet and everything reverts to pre-COVID world.

We will see another fan-less West Coast swing and (unfortunately) a fan-less Masters.  This isn’t political.  COVID isn’t going to go away because of a new administration.  If 35-40% of the population keeps going around thinking that it’s some giant hoax, then nothing is going to change.

A Canadian man and at least one American woman are going to win majors in 2021.

Bryson DeChambeau will win at least one event and will skip an event due to injury.

Two of the men’s major winners will be first-time winners.

Europe will retain the Ryder Cup.

At least one prominent American male player will opt out of participating in the Olympics.

CBS and NBC will continue the trial balloon of dumping some weekend coverage onto their over-the-top streaming services (CBS All Access and Peacock respectively).  There will be complaints and ratings will be flat/down slightly.

Brandel Chamblee will say something outrageous.  It will be forgotten within 72 hours.

Golf Channel will be talking about doing another reboot or possibly pushing the majority of its programming to Peacock by the end of 2021.

CBS and NBC will add another 1-2 minutes of commercials to their weekend coverage, angering viewers.  All because they overpaid for the PGA Tour rights package (bidding against who I have no idea) for reasons that make zero sense.

Expect the legacy golf magazines to trim another 1-2 issues per year off the print editions.  And yet, there will be at least 27 subscription forms in each copy.  Their equipment issues will have the kind of conflicts of interest that would never been allowed a decade ago.

Brick and mortar stores that thrive will figure out the secret sauce that makes them a better option than online.  This will start with better size options, and better service.  My plea to the stores: make the experience of shopping in your stores better than shopping online.  Please.  If I had a dollar for every time I’ve gone into a pro shop/store with money to spend and walk out because nothing they have in the store is my size, I could easily pay for a round anywhere except Pebble Beach and TPC Sawgrass.

2022 is going to be interesting because several NBC/Comcast rights deals (NHL, Premier League) come up for renewal (the NHL deal comes up after this season).  Could this open the floodgates for a consolidation of golf TV rights?  I know this seems insane, but if I told you that Fox was going to walk away from its USGA package in 2020, would you have thought I was crazy 12 months ago?

Rounds played in the DMV will take a slight hit when the cicadas make their once-every-17-years appearance this spring.  You’ve been warned.  Last time was in 2004 (courses without a lot of trees won’t have any issues).  The largest factor in the area will remain the weather.  If it’s favorable (we have normal rainfall, spring starts when it’s supposed to and it’s not surface of the sun hot for two months straight), then people will show up.  This area is still underserved with respect to public courses.

More of a wish, but Columbia Association will decide that they’ve done enough to screw up golf courses (they’re treading dangerously into Everything They Touch Dies territory) and turn over management of both Hobbits Glen and Fairway Hills to one of the big boys of course management (Troon, Kemper Sports, Billy Casper, ClubCorp, hell at this point might as well enlist Club Pro Guy and his fine superintendent Miguel Vega).  If anyone at CA is reading this, you have zero clue how to run a golf course and the people who actually work at your courses know this better than I do.   Actually, Columbia Association can’t really run a literal one-car parade.  They screwed up their gyms, they tried suing to prevent the annual Festival of Lights at Merriweather, and they’re doing their dead level best to continue to piss people off.

No local courses are going to close in 2021.  There was enough of a cull in 2018-2019 (and there definitely was one) and 2020 ended up being pretty good in terms of rounds played (once courses opened).   For now, all eyes are on DC as we watch to see what happens with the DC courses being redone by The Links Trust (Tom Doak and Gil Hanse working together) and eventually being managed by Troon.

Expect a hurricane, record rainfall, record heat and several other acts of God from August 23-29.  The BMW Championship is at Baltimore’s Caves Valley.  You think I’m kidding.  Not even a bit.  I’m old enough to remember the TUESDAY FINISH in 2006 at the then-FBR Open at what is now TPC Potomac.  I really hope I’m wrong on this, but history doesn’t exactly bode well.

I will play when I can, and probably maintain the kind of mediocrity that I’m famous for.  But I play fast, so there’s that.

Best wishes for a Happy New Year, and let’s all hope that in 12 months we’re remembering 2021 for the good things.

This is more than 35 years old and it’s still good.  From the OG’s of Goth:

Yes, This Is A List Of 2022 PGA Championship Replacement Options